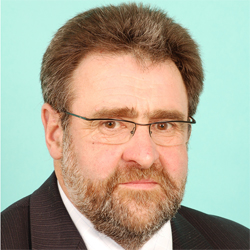 Graham has direct experience of working with additive manufacturing (AM) technologies for more than 23 years and has gained an unprecedented level expertise when it comes to working with real AM applications in the real world both technically and strategically. A consummate professional, Graham has been involved with AM technologies since 1989 when he was responsible for the development and technology application acceptance within Rover Group. Since that time, Graham has worked with a multitude of industry-leaders including companies such as BMW, Aston Martin, Bentley Cars, Boeing Aircraft, British Aerospace, numerous F1 teams, Rolls Royce and Perkins Engines. In addition, he managed the set up of a completely new rapid prototyping (RP) facility for Land Rover and he was an advisor to Jaguar Cars in the setting up of its on-site RP facility.

Recognised around the world for his superior skills and knowledge in this technology area, Graham has been called upon to represent the UK Government’s Department of Trade and Industry on Overseas Science and Technology Expert Missions in both the USA and Japan. These missions involved considerations of the developments in AM technologies and applications thereof.  He has presented numerous papers in the USA, Japan and Europe. Moreover, Graham is currently Chair of the Additive Manufacturing Association in the UK.

In 2007 Graham became a Master-Level Rapid Technologies & Additive Manufacturing Certificate holder, which was presented by the SME, USA; in further recognition of his qualifications in this industrial sector. Graham is the first and only person to be presented with this award in the UK. Later that same year, Graham was also accorded the “Double” Dino( Distinguished INnovator Operator) Award for both SLA and SLS by the 3D Systems User Group, which acknowledged his long term contributions to both of these additive technologies.